A few weeks ago, I wrote about The Downsides of Working as a Freelancer, so today I want to talk about what to me is the best perk of working as a freelancer: the ability of working on the road. Different than 9-5 jobs, freelancers have the ability to travel without really making it a “vacation”. As long as we have our computers and a trustworthy Internet connection, we are golden!

My boyfriend was nominated as one of top 30 young professionals under 35 in his industry, and was going to be awarded during a conference in Denver. Of course I couldn’t miss the opportunity to celebrate his accomplishment AND get a trip out of it 🙂

We started by spending a couple of days in downtown Denver. During our time there I worked from Backstage Coffee on 14th St. They had a good selection of food (with different options during breakfast, lunch and dinner hours –  yes, I was there that long…) and delicious lattes! It was nice to sit by a window and people watch in between projects in a different city.

After the conference was over we did what every sane person visiting Colorado would do, we went to the mountains! We Airbnb’d a tiny bungalow in the mountains, near a cute town called Nederland, and spent a night in the wilderness. We literally only had a bed, a tiny fridge, and a small desk inside the bungalow, and the bathroom was a bucket! As a good freelancer, I made sure that although we were sort of in the middle of nowhere, I still had Wi-Fi available. This allowed me to do some work from the tiny bungalow. There’s something really liberating about being able to do work that you love in the middle of nature (although the rattlesnake sound in the middle of the night was a bit unnerving). 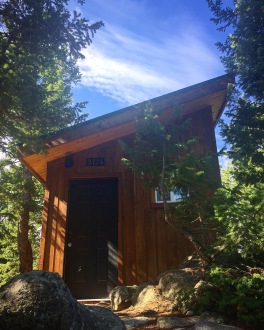 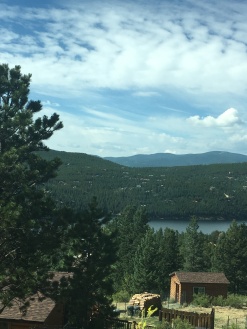 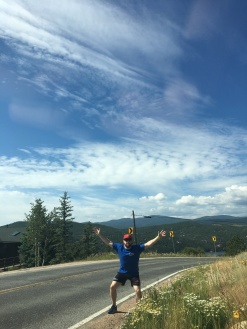 Nederland was one of those gems that you only find when you’re not trying to. It was tiny, but so full of life, with cute shops and cafes. After a night of working from our tiny bungalow, we ventured into town for some breakfast and a little bit of sightseeing. We stopped at New Moon Bakery and Cafe, which served the best quiche I’ve ever had in my life (I’m not exaggerating). We sat outside in the patio, and enjoyed our food while taking in the view. 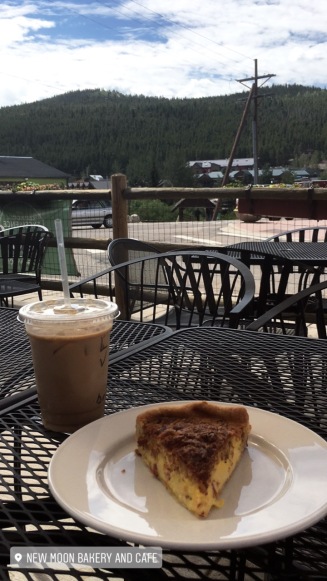 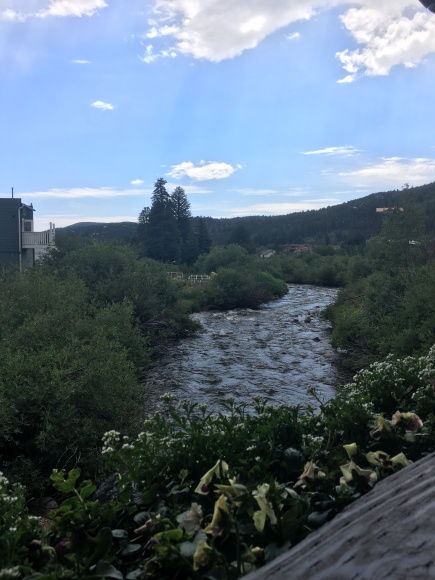 We decided to walk around town and check out the shops, and that’s when I found one of my favorite stores of all times: Nature’s Own. You don’t really think much of it at first. It looks like a regular touristy store selling precious stones… but then you get inside and everything changes. They had some mindblowing fossils for sale, which I couldn’t believe were right in front of me and not in a museum. I couldn’t get enough of them; I always get goosebumps when something that happened millions of years ago is sitting right in front of me. Makes you appreciate how small we really are.

Almost an hour of walking around and “nerding” on the fossils later, we left the store to go check out the famous Red Rocks Amphitheatre. I have a degree and background in audio engineering, so even though there were no concerts scheduled, checking out the Red Rock Amphitheatre was a must. I was seriously amazed that a venue could be located in the middle of such a beautiful and picturesque place. It was a gorgeous day and there was a fitness event going on, so instead of trying to exercise with the Lululemon fitness addicts running up and down the venue, we went on a short hike near the theatre. Short indeed; we were forced to turn back because of “high rattlesnake activity in the trails” (remember the noises from the tiny bungalow? Yep 😬). I’m committed to going back as soon as I hear a band I like is playing a concert there. Hopefully the sound is as beautiful as the view! 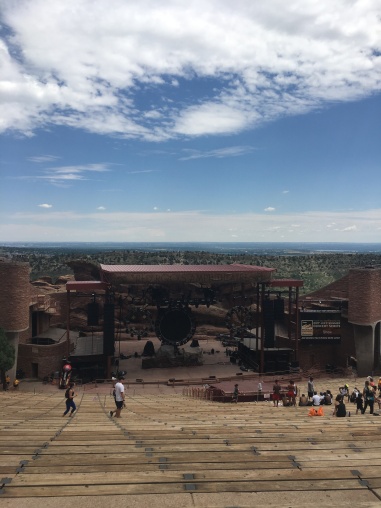 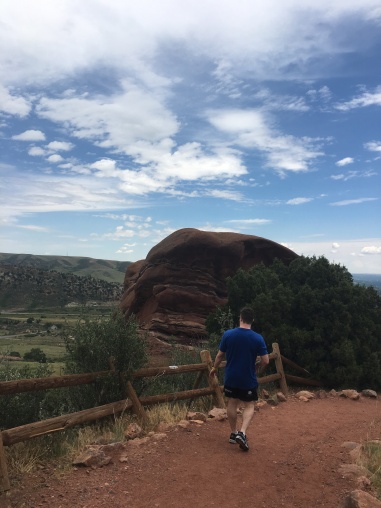 After making sure we enjoyed plenty of nature, we headed back to Denver to spend our last night in town. We had an Airbnb close to restaurants and with free Wi-Fi. After catching up on some work we headed out to have dinner and drinks. We left early on Sunday, giving us plenty of time to rest and start the week killing it once again!

The best part? I traveled for almost a week without having to take “vacation time”, without having to get permission from a boss to take those days, AND I still made money while traveling. Yeah, if I had to pick, that’s my favorite part about being a freelancer; the ability to work and make money on the road (I’m writing this while flying to Brazil for a couple of weeks).

Karen Montaldi moved from São Paulo, Brazil, to Chicago, USA, in 2010. She studied English for 6 years prior to moving to the USA, and furthered her studies at Kaplan University in Chicago. She then earned her Associate’s Degree in Audio Engineering from Tribeca Flashpoint College in 2014. However, Karen quickly realized that her passion had always been languages as she had been working as a Freelance Translator since January of 2012 and decided to pursue it as a full-time career. Today Karen has over 5 years of experience and specializes in the translation of qualitative research, translating one-on-one interviews, group discussions, protocols, etc., for clients such as Vanderbilt University. Karen’s in-depth knowledge of the American language and culture gives her the ability to translate from both English to Portuguese, and Portuguese to English. Request a quote today by emailing kmontaldi@montalditranslations.com View all posts by Karen Montaldi

Never Too Old To Explore

Fresh delicious healthy recipes from around the world